We had big plans today, and I have to admit, I woke up in a bitter mood.  Simply angry at the world...for lack of better words.

As we headed into the mountains though, the mood faded, and by the time we got down to The Natural Bridge I realized that even though sometimes I feel as if the world took away the most beautiful person in my life...there's still SO much beauty...if I'd just look for it!  Ok, that's about as philosophical as I get...on to the day's adventures!

First stop was the gift shop (where the tickets are purchased), I paid for our tickets and went looking for the kids who were browsing.  Here's what I found...

Yep, in the 2 minutes they were unsupervised, they had found guns, hats and a victim!  Pictured is 3 of my foursome...and even though Ashley isn't pictured she was laughing hysterically...just as guilty!

Gangsta Daniel Boone...5 minutes in to the trip and I was worried we were going to get kicked out!
I herded up the group and headed down to the butterfly gardens.  The lighting was TERRIBLE and this is the only shot that was decent:

These butterflies were HUGE!  They were flying all around and landing all over us!
On to the main event...The Natural Bridge!!

And then there's the wild life:

I'm not sure what these creatures are....
And it doesn't matter where we go my crew ALWAYS ends up in the water!!!

...tried to give me a heart attack with his "I'm falling" fake-out!!
And a few artsy/scenic shots:

Flora
Of course we can't be so close to the AT and not at least take a short hike!!

One day I'll complete a thru hike! 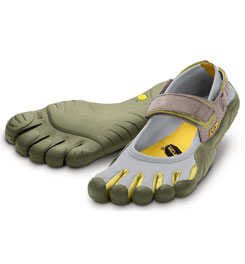 So I came home and ordered myself these...as I'm not a tennis shoe girl and wearing my son's outgrown hiking boots (that are still too big for me) just aren't working out!

And the sweet man who made the trip possible...he's an absolute doll!!!

One of the rare pictures of us!
I have a few cavern photographs, but I'll save those for another time!!  So, all in all...although there were a few tears...I had an awesome Mother's Day & birthday!
Posted by Moobie Grace at 10:42 PM